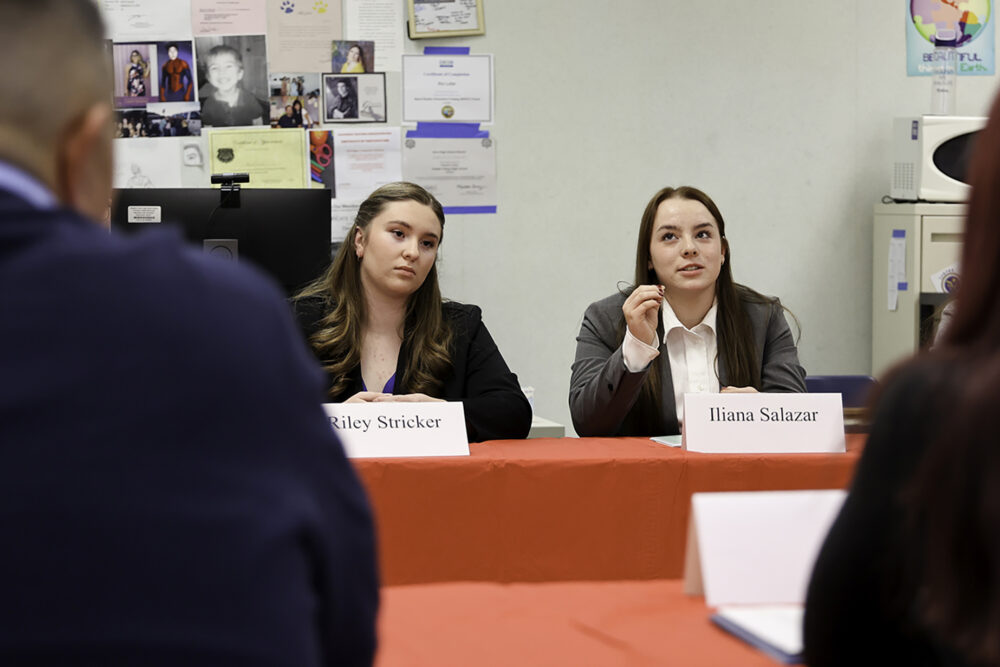 Nearly 150 students from seven local high schools put their knowledge of the U.S. Constitution to the test on Dec. 3, 2022 during the annual We the People Congressional Hearings held at Golden Valley High School. Centennial High School won the regional competition and will move on to represent Kern County in the state championships to be held early in 2023.

Each team individually presented testimony in two rounds of six mock congressional hearings. Congressional committees, consisting of community scholars and civic leaders, posed one of three study questions to the students prior to the competition. Each team was allowed four minutes to present testimony. Then, for an additional six minutes, teams answered questions posed by judges involving constitutional issues raised by events in history. The combined totals of all six team units determined the winner.