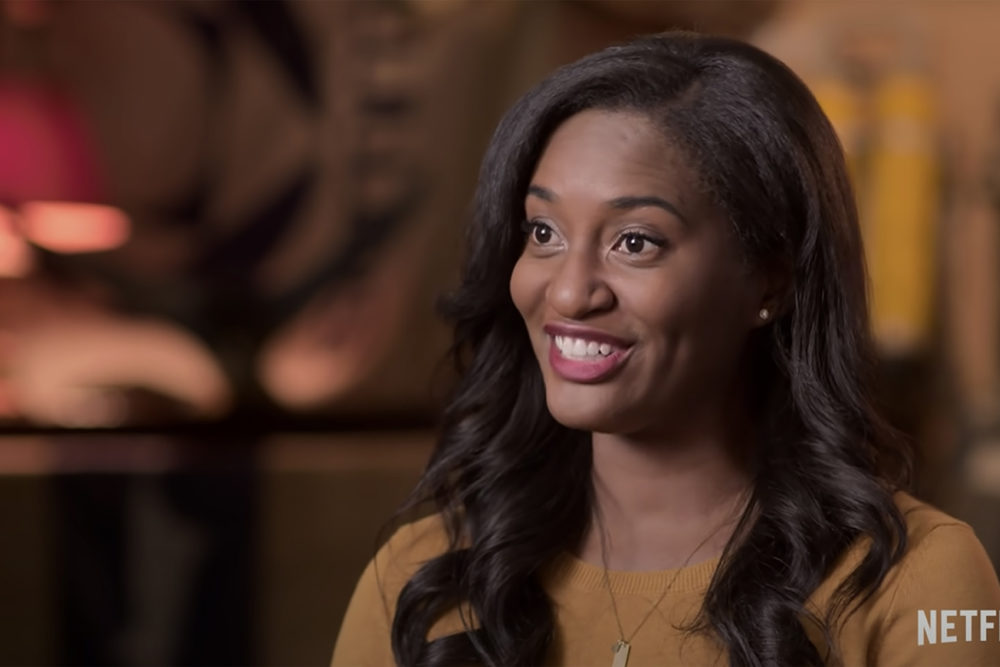 An Advocate for Children… and Change

As a longtime KCSOS special education staffer, Carla Barrientos has always been an advocate for children. She is also an advocate for change and was fundamental in helping improve the employment practices at Abercrombie & Fitch, one of the most popular clothing retailers during 1990s and early 2000s.

Carla’s story is one of many chronicled in a new Netflix documentary out tomorrow titled “White Hot: The Rise & Fall of Abercrombie & Fitch.” The film unravels the complex history of the iconic brand that influenced an entire generation.

Under the leadership of former CEO Mike Jeffries, who ran the retailer from 1992 to 2014, A&F boasted about its exclusion of people who didn’t fit its “ideal” audience. The company described its market as being thin, hot, and popular.

Back then, mostly white, barely clothed, and super fit models were front and center in all of A&F’s marketing. Cross the threshold from mall to store and chances are you were greeted by shirtless male models with rock-hard abs, the smell of the brand’s signature Fierce fragrance line, and a heavy dose of pulsing dance beats.

Controversies abounded under Jeffries’ leadership, and 19-year-old Carla had an unfortunate front row seat to the inequities. She worked at the A&F store located at the Valley Plaza mall in 2002 while attending Cal State Bakersfield.

“I was hired as a brand representative, but ended up cleaning windows, dusting, and vacuuming the store during the night shift, instead of working on the sales floor,” Carla recalls. “I knew something was up, but I didn’t quite know what.”

She thought it was just because she was new, but things never changed.

“A friend had plenty of day shifts and volunteered to swap shifts with me, but I was told by management that this was not allowed,” Carla said. “When I spoke up again, I was told by my manager that I was a ‘great window washer.’”

Soon, her hours dried up completely. All the while, her white co-workers complained that they had too many hours.

“I was in effect fired,” she said.

Several months later, Carla learned about a class action lawsuit that was being organized against the retailer. Ultimately, she was one of nine plaintiffs named in the suit. It was settled in 2004 without Abercrombie admitting any wrongdoing. However, the settlement required the company to institute a range of policies and programs to promote diversity among its work force and to prevent discrimination based on race or gender.

“It’s a really great thing to know that a company won’t be able to treat anyone like a second-class employee anymore,” Carla said.

Abercrombie & Fitch’s modern day marketing campaigns and company culture are markedly more inclusive than they were in the 1990s and early 2000s. The retailer recently acknowledged its rocky past in a statement about the film.

“In the spirit of transparency, we want to directly acknowledge the news of an upcoming documentary that will feature Abercrombie & Fitch and focus on an era that took place under previous leadership,” it said. “While the problematic elements of that era have already been subject to wide and valid criticism over the years, we want to be clear that they are actions, behaviors and decisions that would not be permitted or tolerated at the company now.”

Carla is excited for the release of the documentary and to have her story and those of others heard.

“It’s been fascinating to hear how many people have an Abercrombie story, whether it’s that they worked there, they’ve had a child who worked there, or they felt excluded from the brand due to their size, their gender, or their race,” she said. “My generation will definitely feel nostalgic watching the film and hearing the stories.”