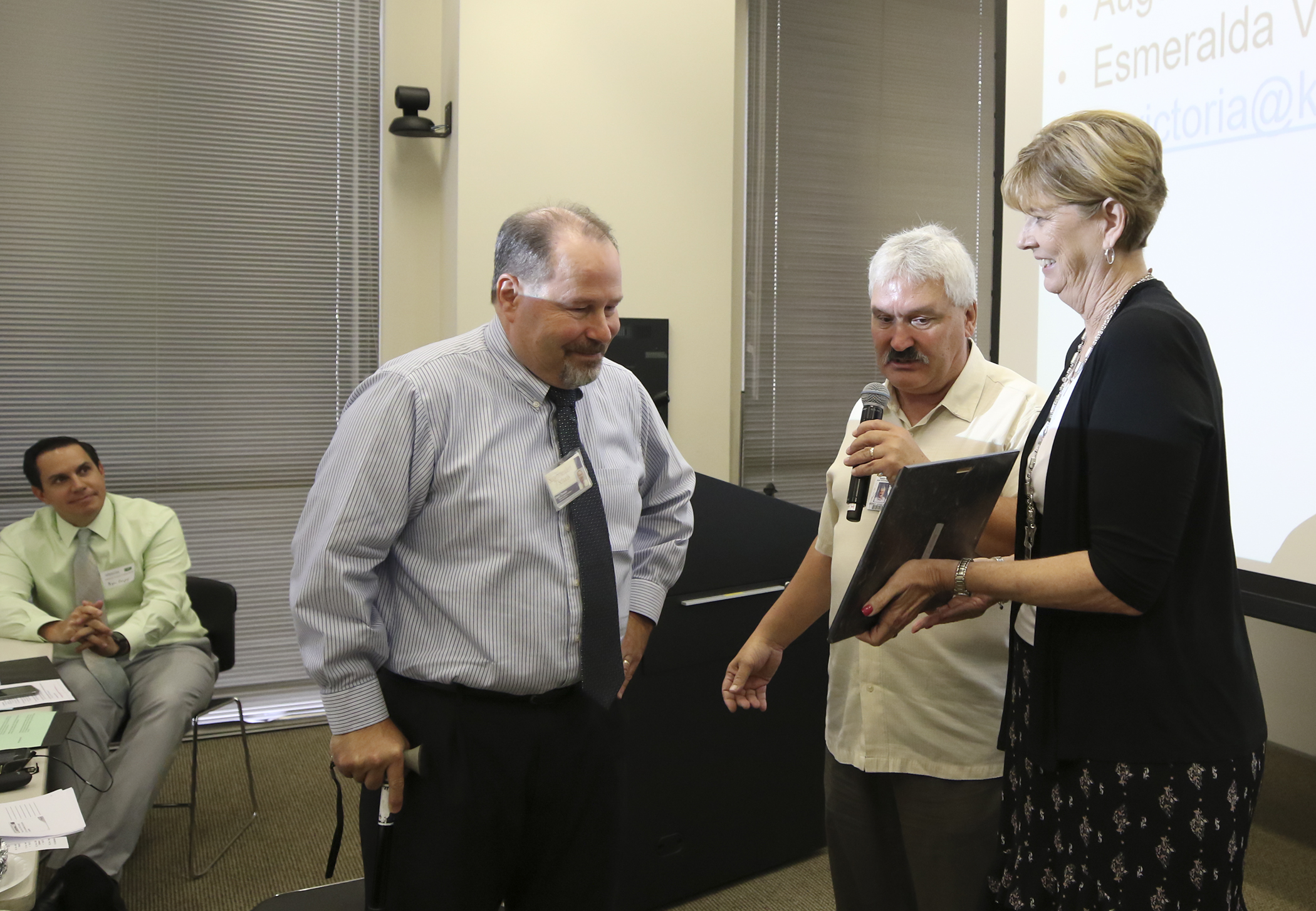 Daryl Thiesen, longtime KCSOS coordinator of prevention services, has worked tirelessly over many years in the area of school attendance and so much more. Among his many duties, he chaired the Truancy Reduction and Attendance Coalition of Kern (TRACK) since its inception 2003. It’s a role he recently passed stepped away from, passing the baton to his colleague Sal Arias.

At the last meeting he chaired in August 2018, Daryl received a standing ovation and a host of kind words from others he has worked with on the Coalition since day one. He was presented with a token of appreciation from the group and it was also announced that TRACK was instituting an annual award in his name. The “Daryl Thiesen Attendance Improvement Award,” will annually recognize a local student for overcoming struggles with poor attendance.